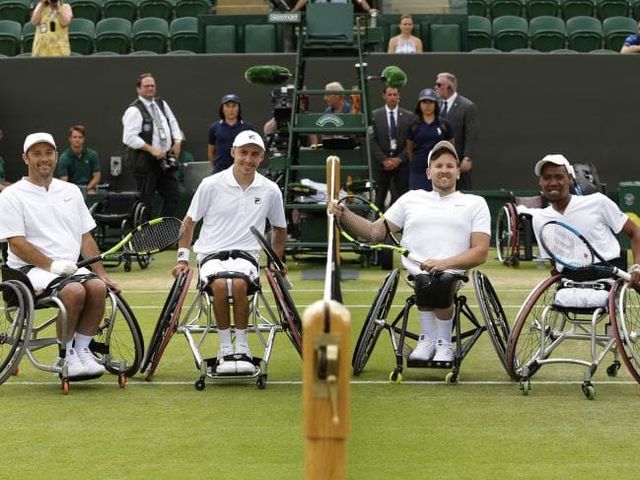 Last year’s Wimbledon saw Andy Lapthorne partner up with David Wagner to beat Dylan Alcott & Lucas Sithole in straight sets during an exhibition match in the first ever quad match played at the infamous South London event. The success of this match has meant that this year’s Wimbledon will see the inauguration of the Quad wheelchair division.

Wheelchair tennis has been played at Wimbledon since 2005, however Quad wheelchair tennis is a bit different. The quad division is open to players who have permanent disabilities to three or more limbs. Because of this, the division does allow the use of powered wheelchairs for those whose manoeuvrability is greatly impaired. They will also have the option for those with weak grip to have the racket taped to their hands or to use gloves.