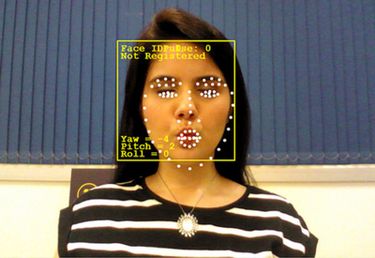 With different conditions affecting people differently, many types of controls have been made to allow people to control their powered wheelchairs through a variety of motions. The most common way to control a powered wheelchair would be through a joystick control on the end of one of the armrests, moving the powerchair forward, backwards and turning left & right, however this isn’t always suitable. So, what are the alternatives?

There are two major types of controls. Proportional Drive controls, which require pressure, or force to be applied to control the movement of the chair and Non-proportional controls which drive a chair without a progressive increment, going from off to on through a switch meaning releasing the switch will cause the chair to stop.

Proportional Controls
These control systems are for people who may not be able to manage a conventional joystick. There are alternative options of proportional controls, these include alternative joystick heads, Chin Controls, finger controls, microjoysticks, among many others.

For those who can still move their hands but struggle with grip, such as those suffering from arthritis, a golf ball or T bar joystick is an alternative, this requires less grip, but allows the chair to be moved same as any other joystick.

A variation of the joystick, for those who cannot manage to use one with their hands/arms but can still move their head with complete freedom is Chin Control. This is a joystick which is positioned higher up the chair allowing the user to move it with their chin, it functions in the same way as a standard joystick enabling the user to increase their speed by moving the joystick further in one direction to go faster. The microjoystick can be replaced with a small cup, or other shaped top for ease of use.

Another option, although not as common, for people will have limited movement within their arms and/or hands but have the capability to move their fingers. For people like this there are finger specific control systems. These include the ‘Finger Control’, a 3” x 3” box with a hole in the top which can be placed almost anywhere on the chair, making it also good for those who need their arms to be left in fixed positions. With the ‘Finger Control’ the user puts their finger through the hole and can control the movement of the chair by moving their finger across the base of the box, moving the chair with it. This system can also be used with a Touchpad Drive control instead of a box.

These control systems are primarily used for quadriplegics, or people with similar conditions. Many variations, including Head Controls and Sip’n’Puff Controls and Switch/ Button controls, Wafer boards, Scanner Drive controls, are available as well as a large range of alternatives.

Head controls allow the user to control the drive of their powerchair by moving their neck and using their pressing various buttons positioned on a three-part headrest. Each button will control a different action, including driving forwards & backwards, turning left & right and controlling parts of the chair, such as the footrests and horn. This type of control does mean that it cannot be used as an actual headrest and the user cannot control things such as speed when moving.

The Sip’n’Puff drive control is the solution for those who are unable to use any of the above control systems for whatever reason. This system takes some practice to get used to, and especially to get good at using. It requires the user to either sip on the tube or blow a puff of air into the tube in order to control certain actions. This intuitive system can not only recognise the difference between a sip and a puff, but it can also recognise when a user changes the strength of the sip or puff, this enables the chair to have multiple functions, meaning a different action can be attributed to a hard sip, a soft sip, a hard puff and a soft puff.

An alternative to these, for those who are still able to use their arms or hands but cannot apply pressure is a basic switch/ button system. This is the most common non-proportional control system. It works by simply having a box or board with a series of buttons, these buttons will represent forward, backwards etc and can be switched on/off as needed.

These are just a few options available, there are a large number of alternatives to suit any need you have as an individual. Here at Wheelfreedom we work with our customers to ensure that we get the right controls for your specific needs. All the manufacturers we work with provide a variety of control options, so regardless of your level of mobility, we can find the perfect solution to enable you to have the freedom to take your chair wherever you need to go. With advancements being made all the time, it won’t be long before every single person, regardless of condition will be able to control their own chair. It was announced last week that computer giants Intel and US robotics company Hoobox have developed a control box which allows the user to control their chair through facial expressions.